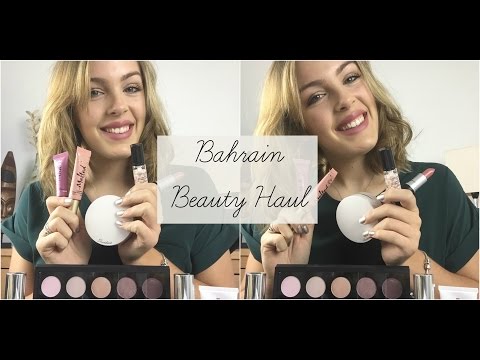 Hi guys! So if you would like to see what I bought while I was on holiday then just keep watching. So we will just jump straight in the first two things I bought I’ve been wanting for ages, absolutely ages, and I finally managed to buy then because I couldn’t find them in the UK, I don’t know whether they sell them in the UK but I couldn’t find them and it was the two faced melted lipsticks.

I really liked that and obviously I will let you know how I get on with the melted fig. The next thing I bought was when I was at the airport and it was the Mac the cool neutral palette and I just really love it.

It’s got loads of different colours in half of them I haven’t even had the opportunity to try yet but I have tried the goldie colours and I have also tried the Brown because I tried to fill my eyebrows in with the brown/ so yeah I love that too.

I also bought a couple more things at the airport from Mac again I bought Brave I’d heard so much about this colour so I just thought I’d try it out and it’s what I’ve got on my lips today it’s just a pinky dusty rose sort of colour and it’s really really nice, it’s really subtle but still obviously gives your lips a big of colour and a bit of a boost.

The next product that I bought at the airport was the Clinique chubby sticks for contour and highlight. I really like the contour one i’m not too sure on the highlight one I will link below a review that I did on my blog so if you want to know a bit more about these then just head on over there but yes they are twist up so they’re really really easy, I found the contour really easy to use it’s more of like a goldie brown rather than like an ash brown so obviously it depends on your skin undertones whether you’ll suit that or not.

And the last makeup related thing that I bought was the Guerlain illuminating powder which looks like this This is absolutely stunning, I’m wearing it today and you can just about see it I think on the top of my cheekbones but yeah and the packaging is beautiful I’m just in love with this.

And then when I made that purchase the girl at the counter gave me a lot of freebie like sample things just because that’s what they do in Bahrain and I got the Perfection foundation so I will definitely try that out and I got the Baby Glow, it looks sort of like a bb cream so I don’t know whether that is but that’s what it looks like and then she gave me some perfumes to try I’ve actually tried this one and it’s really really nice she gave me some more because I tried it ages ago but that was nice of her.

And then finally she gave me an illuminating primer which I have used and I really really liked I just thought it was really cool because it’s got these little balls in it. That was it for makeup And then I went clothes shopping as well so I just thought that I would chuck it in at the end I didn’t buy very much so here you go this top is from Mango the plain t-shirt it’s sort of ripped and ripped here it’s just really nice to be casual and comfy and it is really really comfy So that’s good.

The next thing I bought was a hat which I have been dying to have a hat like this. I don’t really suit hats but apparently I suited this one so i thought why not get something that I finally suit The next thing I’ve been wanting for absolutely ages as well it’s just these little white pumps sort of things with the thick soles, they’re really dirty so you know.

But they’re really comfy again and look really nice. And then the final thing that I got was this Bloggers Do It Better Jumper I saw it in…. where was it, Mango and it was just really cool so I thought why not get that.

and that was pretty much everything I got so I didn’t go too nuts, I mean on the makeup front I probably did but on the clothes front I didn’t really go too nuts. So that was everything for that video I hope you liked it if you did don’t forget to give it a big thumbs up also don’t forget to subscribe to my channel you can watch my previous video by clicking right here and you can subscribe to my channel by clicking right here.

this happened if you do too much of shampooing we …

Hello. I am fashion YouTuber ÁFROM. Today, I brought essential …